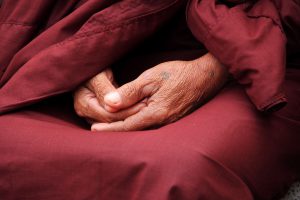 96 His thought is quiet, quiet are his word and deed, when he has obtained freedom by true knowledge, when he has thus become a quiet man.
97 The man who is free from credulity, but knows the uncreated, who has cut all ties, removed all temptations, renounced all desires, he is the greatest of men.
98 In a hamlet or in a forest, in the deep water or on the dry land, wherever venerable persons dwell, that place is delightful.
99 Forests are delightful; where the world finds no delight, there the passionless will find delight, for they look not for pleasures.