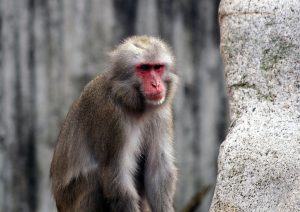 The Immature
60 Long is the night to him who is awake; long is a mile to him who is tired; long is life to the immature (foolish) who do not know the True Law.
61 If a traveller does not meet with one who is his better, or his equal, let him firmly keep to his solitary journey; there is no companionship with a fool.
62 “These sons belong to me, and this wealth belongs to me,” with such thoughts a fool is tormented. He himself does not belong to himself; how much less sons and wealth?
63 The fool who knows his foolishness, is wise at least so far. But a fool who thinks himself wise, he is called a fool indeed.
64 If a fool be associated with a wise man even all his life, he will perceive the truth as little as a spoon perceives the taste of soup.
65 If an intelligent man be associated for one minute only with a wise man, he will soon perceive the truth, as the tongue perceives the taste of soup.
66 Fools of little understanding have themselves for their greatest enemies, for they do evil deeds which must bear bitter fruits.
67 That deed is not well done of which a man must repent, and the reward of which he receives crying and with a tearful face.
68 No, that deed is well done of which a man does not repent, and the reward of which he receives gladly and cheerfully.
69 As long as the evil deed done does not bear fruit, the fool thinks it is like honey; but when it ripens, then the fool suffers grief.
70 Let a fool month after month eat his food like an ascetic with the tip of a blade of Kusa grass, yet he is not worth the sixteenth particle of those who have well weighed the law.
71 An evil deed, like newly-drawn milk, does not turn suddenly; smouldering, like fire covered by ashes, it follows the fool.
72 And when the evil deed, after it has become known, brings sorrow to the fool, then it destroys his bright lot, nay, it cleaves his head.
73 Let the fool wish for a false reputation, for precedence among the bhikkhus, for lordship in the convents, for worship among other people!
74 “May both the layman and he who has left the world think that this is done by me; may they be subject to me in everything which is to be done or is not to be done,” thus is the mind of the fool, and his desire and pride increase.
75 “One is the road that leads to wealth, another the road that leads to perfection;” if the bhikkhu, the disciple of Buddha, has learnt this, he will not yearn for honour, he will strive after separation from the world.