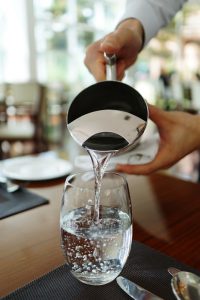 Chapter 24. Thirst
334. The thirst of a thoughtless man grows like a creeper; he runs from life to life, like a monkey seeking fruit in the forest.
335. Whomsoever this fierce thirst overcomes, full of poison, in this world, his sufferings increase like the abounding Birana grass.
336. He who overcomes this fierce thirst, difficult to be conquered in this world, sufferings fall off from him, like water-drops from a lotus leaf.
337. This salutary word I tell you, ‘Do ye, as many as are here assembled, dig up the root of thirst, as he who wants the sweet-scented Usira root must dig up the Birana grass, that Mara may not crush you again and again, as the river crushes the reeds.’
338. As a tree, even though it has been cut down, is firm so long as its root is safe, and grows again, thus, unless the feeders of thirst are destroyed, the pain of life will return again and again.